Political appointments are routinely described by those who dislike them as "being the most astounding/cynical/foolish since Caligula made his horse, Incitatus, a Consul" but the comment was more than usually justified when Baldwin chose Sir Thomas Inskip the Attorney-General to be the Minister for the Coordination of Defence. Coming as it did in the midst of the Rhineland crisis a more high profile choice could have appeared to Germany as a move designed to signal that war was felt to be more likely. Choosing Churchill, who was admittedly never better than an outside candidate, certainly would have been. The German ambassador believed that it would have meant war. Sam Hoare was a less contentious candidate but his seniority and political ambitions would have lent the job far greater weight than Baldwin wished or wanted to risk diplomatically.

Inskip's selection was entirely unexpected and it caused considerable surprise. He had a distinguished legal career but otherwise had no significant political experience. He had not been in the Cabinet before. He was widely respected and known to be entirely honest, but he was not the man to drive forward rearmament or arbitrate between the powerful service ministries. Although he was Scottish he was a strong Anglican and his most notable contribution to Parliament had been in the debate on the proposed  new version of the Book of Common Prayer, which he had opposed with magnificent eloquence because he believed it strayed too far from the established principles of the Church. 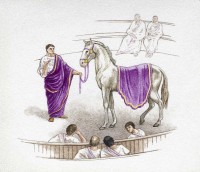