The Long Farewell To George V


Even though almost two months had passed since the Royal funeral several thousand people turned out on Woolwich common to witness another link in the ceremonial chain that bade farewell to George V. It was a display of respect for a King who had been such a symbol of national stability in the turbulent quarter century for which he reigned.

The 13-pounder artillery piece used at his funeral was formally handed over by F "Sphinx" Battery of the Royal Horse Artillery to the Royal Artillery Depot at Woolwich where it was to be preserved for future generations. It was not purely an army affair. Men of the Royal Navy who taken part in the funeral were also present with their salute being taken by the Admiral in command at Chatham. 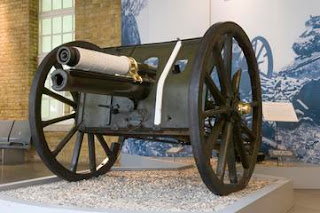