The King's visit to Glasgow took in both ends of the social spectrum. In the morning under torrential rain  he visited the new Cunard liner Queen Mary during her final fitting out at the John Brown shipyard prior to her maiden voyage. The engines were tested to demonstrate how little vibration there was. Indeed throughout her service it was quietness which gave her a special cachet. The King was warmly received by the workers, who called him "Good Old Teddy," but police crowd control was inadequate and the cordon was broken forcing the King to elbow his way through.

In the afternoon the King demonstrated his sympathy for his badly deprived subjects by visiting one of the city's notorious tenements. He called on one of the residents, a Mr. Thomas Queen, who had been blind for 30 years. When the King approached him asked who he was and was told "I am your King."  He showed great interest in the welfare of the people who lived there and as he left he expressed the hope that many would soon find new homes in the new housing developments that were being built. 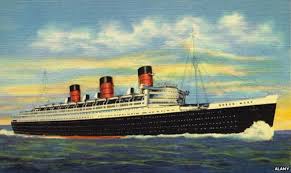 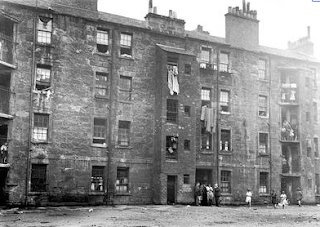