A Date For The Coronation And A Hidden Agenda 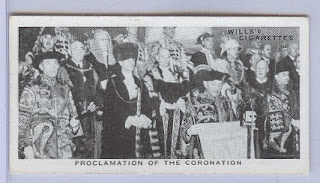 Much though he detested the antique and draining ceremonies that surrounded Royalty, the King had a deep and undisclosed interest in the organization of his own Coronation. His dream was to marry Mrs. Simpson before he was crowned and, extraordinary as this might seem, may well have thought that she would be crowned as his Queen in the same ceremony. There was, though, the awkward matter of her still being married to someone else to dispose of. Under English divorce of the day, divorce was a process in two stages, a minimum of six months apart which imposed certain constraints. At that stage divorce proceedings had not even started.

British monarchs are usually crowned in the spring or summer, at least a year after their accession, which pointed to a date in the middle of the following year. May 12th 1937 was fixed as the day of the Coronation by the Privy Council. This left adequate albeit not lavish amounts of time to put in hand the other part of the King's plans.