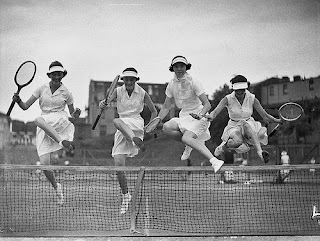 The Communist Party had set out an extensive wish-list of measures in exchange for participating in the government that Leon Blum was in process of forming after the landslide win for left wing parties in the French general election. Unemployment, particularly amongst the young, was to be reduced by a programme of public works. The austerity measures introduced by Laval the previous year were to be reversed. FF1bn was to be spent on sport and athletics and the army was to be both democratized and modernized. The private finances of certain ministers notably Laval and Tardieu were to be put under investigation

Above all the new government should not be shy of deficit financing whatever the Bank of France might think. Financial policy was already a hot potato. One former finance minister was arguing for a controlled devaluation of the franc at the same time that leading Socialist and Communist newspapers, with a certain lack of economic coherence, were calling for the franc to be defended. As well as the traditional knee-jerk sensitivity towards the exchange rate as a barometer of government credibility, devaluation favoured the moneyed classes, who were large holders of gold.