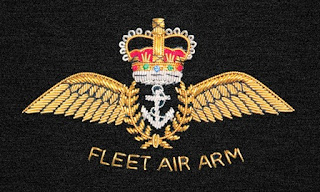 The Commons defence debate made obvious Sir Thomas Inskip's strengths as Minister for the Coordination and, painfully, his weaknesses. In the few weeks since he had been appointed he had taken up two key issues: the position of the Fleet Air Arm (FAA), the Royal Navy's air component, and the organization of food supplies in wartime. The former was a bitterly fought struggle over whether the FAA should remain part of the Royal Air Force or come under Navy control. It was finally settled (probably correctly)  in the Navy's favour three crucial years later after much more turmoil and threats of ministerial resignations. The fault lines it exposed ran so deep that only a heavyweight political decision could bring it to an end. Inskip did not carry enough clout to do so.

Food supply was a vital point and the slew of other practical steps that Inskip was able to boast were important but they did not set pulses racing. The formation of a special sub-committee does not scream urgency and the reaction to Inskip's speech was soporifically depressed. It opened the way for an attack on Baldwin's handling of rearmament by Churchill, who carefully spared Inskip, and launched a ringing but unwise call for the formation of a Ministry of Munitions, which would have sent a far stronger signal of Britain's commitment to rearm. Inskip had not been a courtroom advocate for nothing and amiably reminded Churchill that he had shut down the first Ministry of Munitions in 1920.