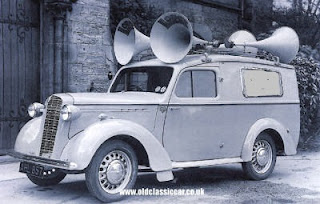 Labour scored victory in the Peckham by-election by the narrowest margin imaginable, 100 votes in a poll of about 26,000. The seat had fallen vacant on the death of the Admiral Lord Beatty, the dashing Royal Navy commander in the First World War, which elevated his son the sitting MP to the House of Lords.

The second Lord Beatty's endorsed Captain Harvey the national government candidate with the claim that a vote for the socialists was a vote for the Communists. It was not a helpful contribution to an acriminous campaign in which Harvey's programme of indoor meetings had been interrupted by "organized rowdyism." His gruelling and extensive canvas of the dreary urban wasteland of the south London constituency had featured modern touches like loud-speaker vans and music.