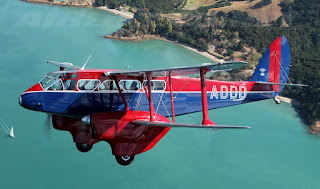 The Royal family turned out in force to visit the newly commissioned Cunard liner Queen Mary at her berth in Southampton prior to her maiden commercial voyage. The King, Queen Mary, the Duke and Duchess of York with Princess Elizabeth, the Duke and Duchess of Kent and the Duchess of Gloucester made up a remarkably complete contingent for what was was officially a private visit but given the symbolism of the liner's name it was a fitting tribute. Princess Elizabeth was especially taken with the ship's engines which she found more interesting than her childrens' nursery. The King had already visited the vessel during her fitting out in Glasgow and left an hour before the rest of the party.

The others of the family had travelled by the traditional means of a Royal train but the King flew from his private house Fort Belvedere in his personal Dragon Rapide aeroplane G-ADDD, painted in the colours of the Brigade of Guards in which he had served. It was the embryo of the Royal Flight, the only innovation of his which has lasted to this day. In the 1930s to be "air minded" was a badge of modernity and the King had himself learned to fly. His choice of aeroplane was, though,  curiously conservative. It was a fixed undercarriage biplane and belonged to the old generation of design. It was markedly inferior in performance to the Airspeed Envoy, a monoplane with retracting undercarriage, which was to replace it in Royal service the following year after Edward VIII had abdicated.