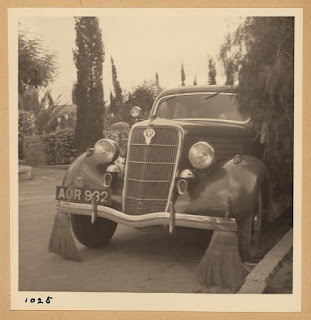 The murder of three Jews at a cinema in Jerusalem by an unknown gunman who escaped fuelled tension in Palestine, which had been ruled by Britain notionally under a League of Nations mandate since 1919. Arab hostility to Jewish immigration and growing economic power had helped trigger organized protest had begun the previous month in the form of a general strike led by the Arab Higher Committee. It was soon followed by community violence on both sides.

The immediate British response was slow and, to begin with, purely military with a large increase in the army garrison. The British mandate was one of the least happy results of the Versailles conference. Beyond a nebulous idea of protecting the route to India it is hard to see what Britain thought it would get from the arrangement. It found itself trying to control a bitter ethnic conflict that was being fed by the influx of Jews fleeing Nazi persecution.