Mussolini Grinds The Faces Of The Democracies In Their Humiliation 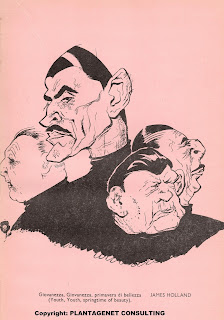 Mussolini ground the faces of the democracies in his military triumph in Abyssinia. Formal notice was sent out that the whole country was now under Italian administration. There was no pretence whatever that the territory was anything other than a colony of Italy. It was the high point of Mussolini's new Roman Empire.

Just to emphasize the impotence of his opponents in the whole affair, Mussolini withdrew Italy from the League of Nations, which had tried feebly to protect Abyssinia. At no point in the crisis had there been any real thought of applying the ultimate sanction and expelling Italy from the League, but voluntary withdrawal made it painfully clear how futile even this threat would have been. Few expected Italy to remain outside the League permanently once this point had been made, but in reality the League had lost forever any significance it ever had .