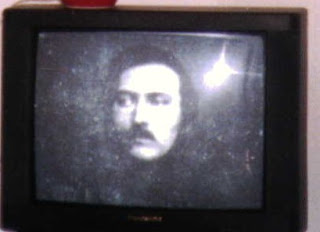 Fear gripped the hearts of the handful of pioneering television viewers in the London area when an article appeared in a learned journal setting out the existence of even more confusing layers in the ionosphere capable of hitherto unsuspected distortion of transmissions. The main culprit was the sinister, albeit prosaically named, D region which lurked far closer to the earth's surface than its better established colleagues.

It was believed to be capable of distorting the ultra short waves that were shortly to be transmitted from Alexandra Palace to offer a high definition service. Televiewers, as they were then called, might find themselves confronted by ghost images as the waves were reflected. Had they been privy to the inmost secrets of the defence establishment, they might have taken comfort from the fact that the underlying research conducted at Orfordness was to lead to the development of radar which was to protect them from the attentions of the Luftwaffe in a few years time.