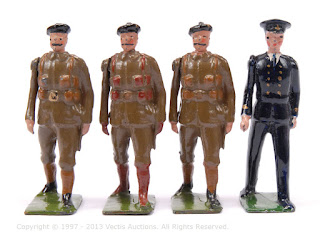 The latest figures for recruitment by the Territorial Army, the British army's volunteer reserves, showed that the drive instituted by the Secretary for War, Duff Cooper, was beginning to have some effect. In April 5,610 men had joined compared to 3,735 the previous month. This was almost double the figure in April; 1935. The total strength of the TA was 125,744, the highest level since September 1934.

There was still a long way to go. The TA was 46,976 below strength, well over a quarter fewer than the target. The position was fractionally better in terms of officers where numbers were only 23% below the establishment. Most worrying of all the London air defence units which would supposedly protect the capital from obliteration by the Luftwaffe were severely under-strength. Compared to the hundreds of thousands of trained reservists that European powers could command Britain was hopelessly behind.