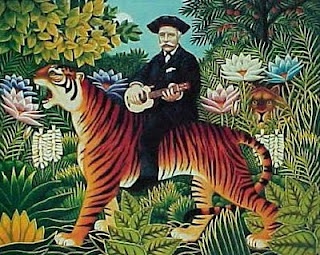 The National Congress of France's Socialist Party met in an atmosphere that called to mind the image of someone who had boarded what seemed to be a train to a pleasant and longed for destination, but found himself riding a hungry tiger. Translating the landslide win for the left wing parties into the general election into a workable government was proving to be rather more challenging than the scale of the victory might normally have allowed.

The Party leader and putative Prime Minister was careful to point out that it was not a socialist government because it contained bourgeois elements. Its programme was socialization (whatever that meant) rather than socialism. It was not a stance that appealed to a number in his own ranks including the leader of the revolutionary Federation of the Seine which called for the rout and then abolition of private capitalism. Massive strikes by industrial workers, often lead by the Communist CGT trade union, seemed to head in the same direction. Blum's partners in the Front Populaire were threatening to abandon the agreement if factory occupations continued.