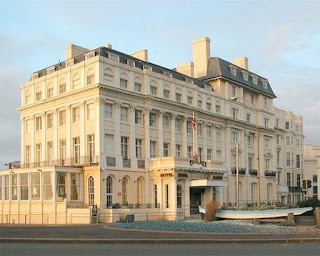 Jim Thomas gave evidence to the judicial inquiry into the suspicion that the increase in income tax in the Budget had been leaked, allowing large profits to be made on Lloyds insurance policies taken out very shortly before the increase was announced. He had resigned as a Cabinet minister when the allegations became widespread and denied vehemently having leaked the information and claimed that he had demanded that his name be cleared when he learned that his son had been involved in taking out the insurance policies.

Thomas could not, however, deny his close links to two of the chief beneficiaries, an old crony Alfred Bates and a Conservative MP, Sir Alfred Butt. Bates's testimony was especially damning. He had spent most of the Easter week-end just before the Budget with Thomas including luncheon at Brighton's Albion Hotel and numerous rounds of golf. Bates had also offered him the then fantastic sum of £20,000 (the average annual wage in Britain was £200) for his autobiography even though he had no very obvious connection with the book trade. The correspondence relating to this offer was innocuously dated to the end of 1935 but the purchase of a house with the advance paid by Bates happened just before the Easter  week-end.