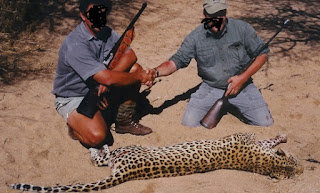 Anthony Eden, the Foreign Secretary, treated the House of Commons to the tale of the Italian government's lunatic attempts to manufacture evidence supporting its claim that Britain had supplied the Abyssinian government with dum-dum bullets, soft-nosed bullets that expand on impact causing massive injuries. The allegation that the Abyssinians had used dum-dums was used as a pretext for the use of poison gas by Italian forces.

A man using the name of Colonel Lopez had visited a George Bate of Birmingham, a British arms firm, equipped with fake letters from the Bank of England and the Abyssinian government. Lopez was a British citizen of Polish origin. The Foreign Ofice knew he had ties to the Italian military attache in London. He claimed that he wanted to buy dum-dum bullets for use against the leopards terrorizing the countryside. Bate did supply some samples and, on Lopez's insistence, a covering letter address to the Abyssinian government. None of this reached Abyssinia but the letter appeared in the Italian press as "evidence."