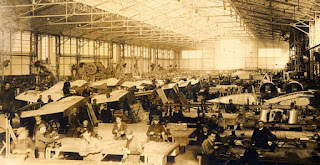 The French National Assembly voted through the Front Populaire's bill nationalizing the arms industry. Aircraft plants had been especially hard hit by the wave of strikes in the weeks after the election. The defence minister also promised that the government would also take measures to prevent the export of raw material with potential military uses. This was prompted by by a story that iron ore had been exported to Germany.

Like Britain's Labour Party, the French left was moved by a combination of pacifism and anti-capitalism to try to bring the arms industry under control. Ultimately these were more powerful forces than hostility to Fascism, which demanded rearmament if it was to be taken to its logical conclusion. This was another factor in France's doomed advocacy of an embargo on arms supply to either side in the Spanish Civil War.