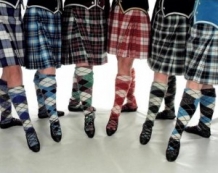 In April thirteen men had been arrested at a club dedicated to Gaelic dancing and billiards at Crown Entry in Belfast. They included senior members of the I.R.A. including Sean McCool, at one point its chief of staff. According to an R.U.C. officer they were conducting a "court martial", although it is unsure who was being court-martialled or for what. The ensuing  trial was held in camera so details were not made public. Indeed it does not appear that any information on what those arrested were accused of has ever reached the public domain.

The defendants were tried in Belfast under the "Treason Felony" act of 1848, which should not be confused with the Treason Act of 1351. The older legislation carried a mandatory death penalty, as two defectors to Nazi Germany later discovered to their cost. This deterred juries from convicting defendants and the 1848 act allowed custodial punishment. Under the milder Victorian law the defendants were sentenced to prison terms of between two and seven years. The judge did allow himself to remark that had they engaged in whatever kind of thing for which they were convicted in Paris or Berlin, they could have expected to be shot at dawn.