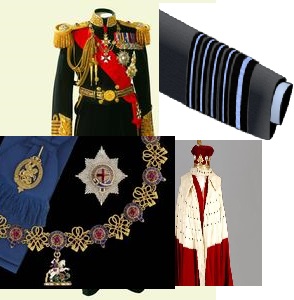 One Parliamentary practice that has fallen into disuse in modern times is the Deputation, in which groups of peers and/or MPs could secure the Prime Minister's time to put a particular issue before him, provided they were senior or numerous enough. They could not force the Prime Minister to do anything but listen. As part of his campaign in  favour of accelerating rearmament, Winston Churchiill brought a deputation of Conservative peers and MPs to see Baldwin. He failed to persuade the opposition parties to join them.

Predictably enough, the meeting had no effect. Baldwin simply said that enough was being done and that the public mood was against rearmament. The political significance of the episode lies in the fact that Churchill was able to attract high level support from his own party, such as Lord Salisbury and Sir Austen Chamberlain KG, the benchmark grandees of the upper and lower houses respectively, and distinguished military men, such as Lord Trenchard of the RAF and Admiral Keyes. After his catastrophic move into the wilderness over the India Bill, it was beginning to look as though Churchill had found an issue around which he could build his political rehabilitation.