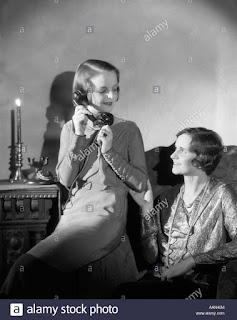 The Postmaster General enjoyed the rare experience of a warm reception from all sides of the House when he announced a number of drastic reductions in the cost of making telephone calls. He was pursuing a policy initiated in 1934 of stimulating the number of users by cutting prices. Since then the rate at which new subscriptions had been taken out had doubled. Telephones were becoming a feature of everyday life and not an exclusive luxury.

Private users were to be given an inclusive  allowance of 200 one old penny (0.42p) local calls so their total cost would probably be no more than the 6d weekly subscription (£1.30 per year). But the real target of the cuts, were small businesses whose subscription charge would be cut by 10/- (50p) annually.