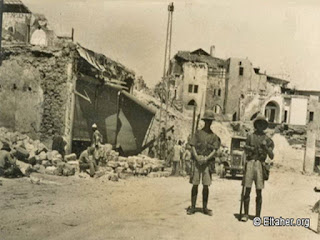 The recent lull in the disturbances in Palestine proved to be short-lived and there was an outburst of incidents across the territory, notably a number of bombs were thrown, including one at the Public Works Office in Jerusalem that seriously injured two. An Army outpost came under organized attack.

The security forces did not enjoy an entirely free reign in their programme of public-order driven town-planning. The High Court support an appeal by by a resident of Jaffa against an order to demolish his house to allow the construction of a new road, designed to give security forces better access. The judges severely criticised both the form and the intention of the order, which sought to use by subterfuge rules designed to quite different ends in an quite unaccountable fashion.