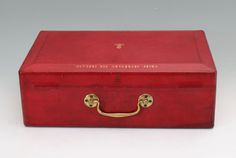 In keeping with the usual timetable for such things, the list of appointments to the various Royal Households for the new reign was published formally. As usual, the courtiers of George V's reign had stayed in place for the first few months of Edward's. Only to those very deep in the know, would it have been possible to recognize the significance of, and the background to, one of the key parts of the announcements.

Major Alexander Hardinge, who had been assistant private secretary to George V since 1920, moved up to become the Private Secretary. His predecessor, Lord Wigram, remained at Court as the Keeper of the Royal Archives and Deputy Constable and Lieutenant Governor of Windsor Castle. The choice of Secretary had not been an easy one. Wigram had declined to remain because of his concern at Edward's behaviour and Edward's own first choice, Sir Godfrey Thomas, had refused the post, recognizing just how difficult it would be. The chief duty of the Private Secretary is to handle the relationship between the monarch and the government. It would also involve advising the King and Edward was not a man given to taking advice if it contradicted his instincts.