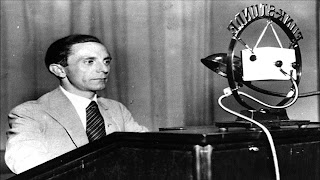 After three years of tense relations, Germany made a major symbolic concession to Austria, which it had been resisting for some time. It recognized Austria as a fully sovereign state and promised not to interfere in its local politics. Austria made a reciprocal - and entirely meaningless - promise and, on a more concrete, level announced the appointment of a pro-German minister and the professional head of the Austrian ministry of foreign affairs changed. More remotely, the idea of an amnesty for imprisoned Nazis was floated as was, by way of counter-balance, a law forbidding  any attempt to undermine Austrian independence or bring about Anschluβ with Germany.

According to the German Propaganda Minister, Goebbels, who announced the agreement over the radio, this was all aimed at promoting European harmony and appeasement. In reality it was simply a diplomatic manoeuvre. Germany was testing out Poland's resolve over the Danzig corridor at the time and Italy generally supported Austrian independence. Friendliness towards Italy was the order of the day and later that year gave birth to the Berlin-Rome Axis, which more-or-less destroyed the hope that the two Fascist powers might be played off against each other. Moreover, there was a sting in the tail for Austria: the third main clause of the agreement stated that Austria's relations with its neighbour were to be dictated by its status as a "German" state. The reprieve was to be only very temporary.