Baguettes Point the Way Up for Prices in France 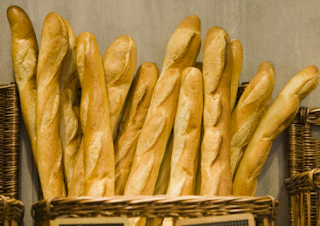 The Front Populaire government in France found itself struggling with the unfortunate tendency of wage rises to translate themselves into upward pressure on retail prices. The impossibility of managing an economy by decree was, of course, not unique to a government of the left. Laval's government had tried to fix the price of bread unavailingly and it had risen in 1935. Now, it was set to rise again, by 6%, to FF1.70 per kilogram.

The government was meeting to set the terms of a bill to prevent "illicit increases" in the price of food and other necessities and Prefects had been instructed to monitor what shopkeepers were up to. The government was also trying to control the coal industry by legislation. At the best of times, France's coal mines were uncompetitive and now faced higher wages and labour friendly measures. In despair the government was looking for a price-fixing and marketing structure that would share the costs of massive subsidies around the few profitable mines.