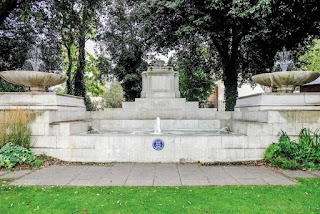 The King and his mother Queen Mary approved the design for a cenotaph to King George V at Windsor. It was to bear the legend, 'First Sovereign of the House of Windsor.' It was designed by the great architect Sir Edwin Lutyens and took the form of a fountain. A public subscription paid for it.

In contrast to the national memorial to George V, which had been the object of a barely discreet dispute between the Archbishop of Canterbury and the the late king's sons, it was entirely uncontroversial. Few, however, expected that it would be the third sovereign of the House of Windsor, who inaugurated it the following year.